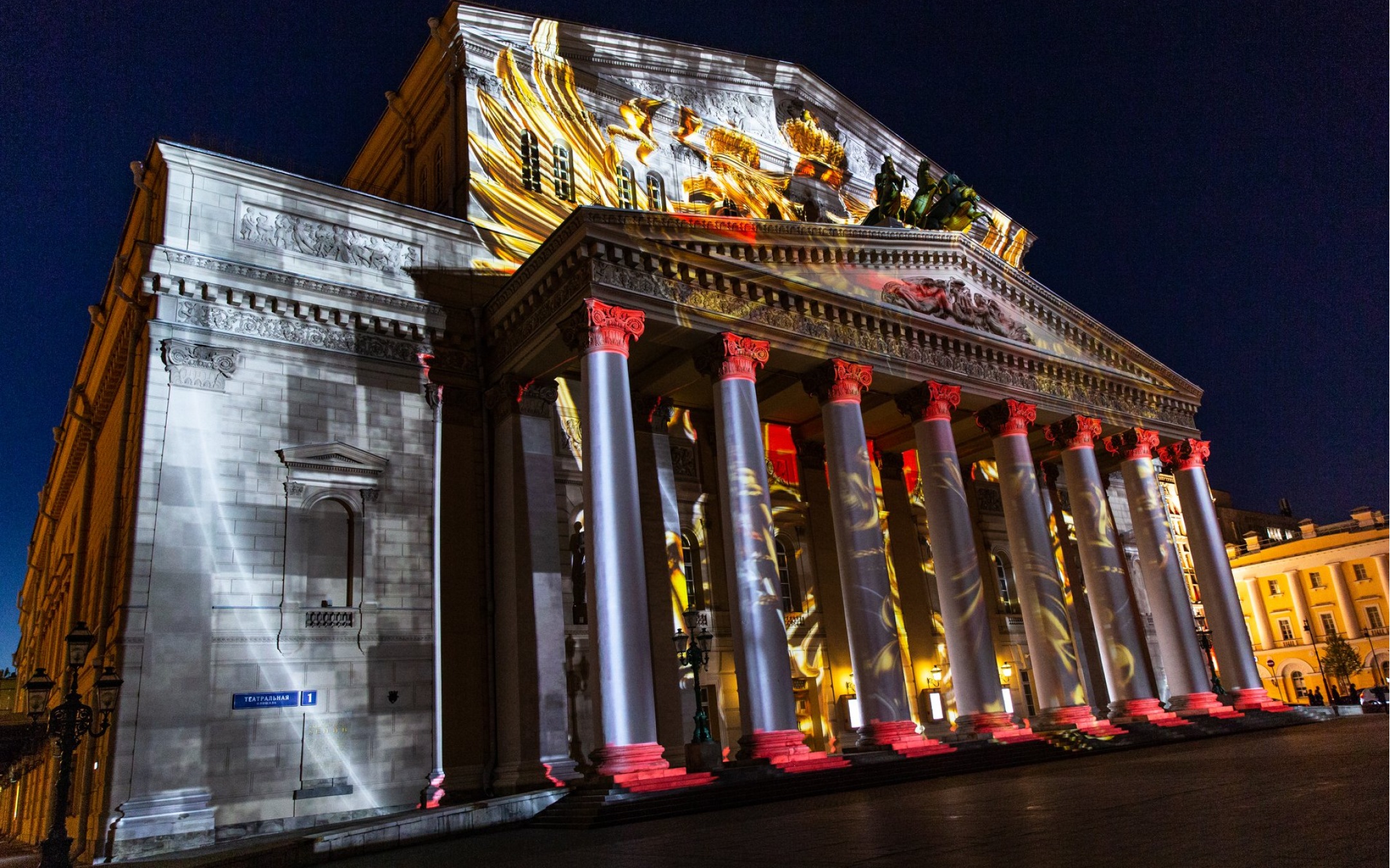 We proved that sport is art.
And that whatever you do, “Creativity is the answer.”

adidas has been the main sponsor of FIFA World Cup for 40 years. In 2018, great numbers of tourists and football fans came to Russia for the first time.
We wanted to surprise and engage people with adidas communications – and to tell them a little about Russia’s football team. 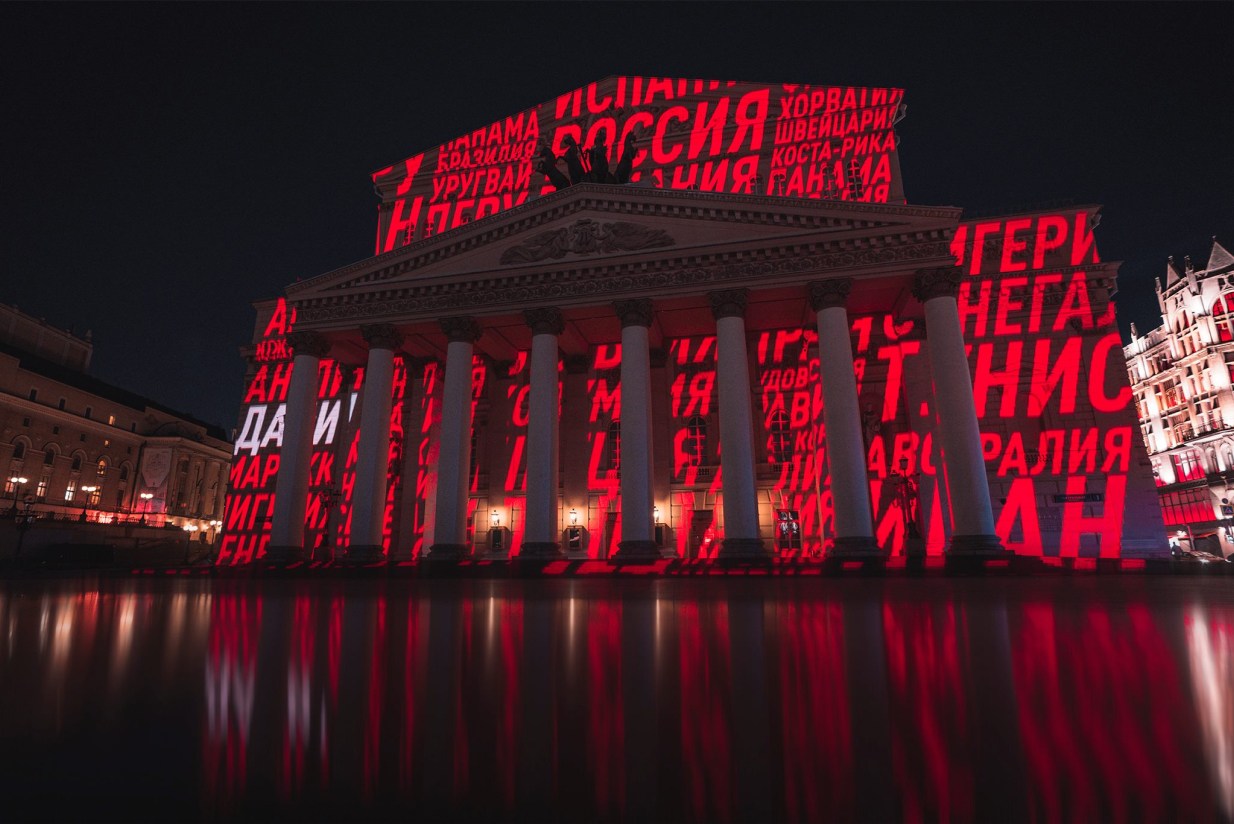 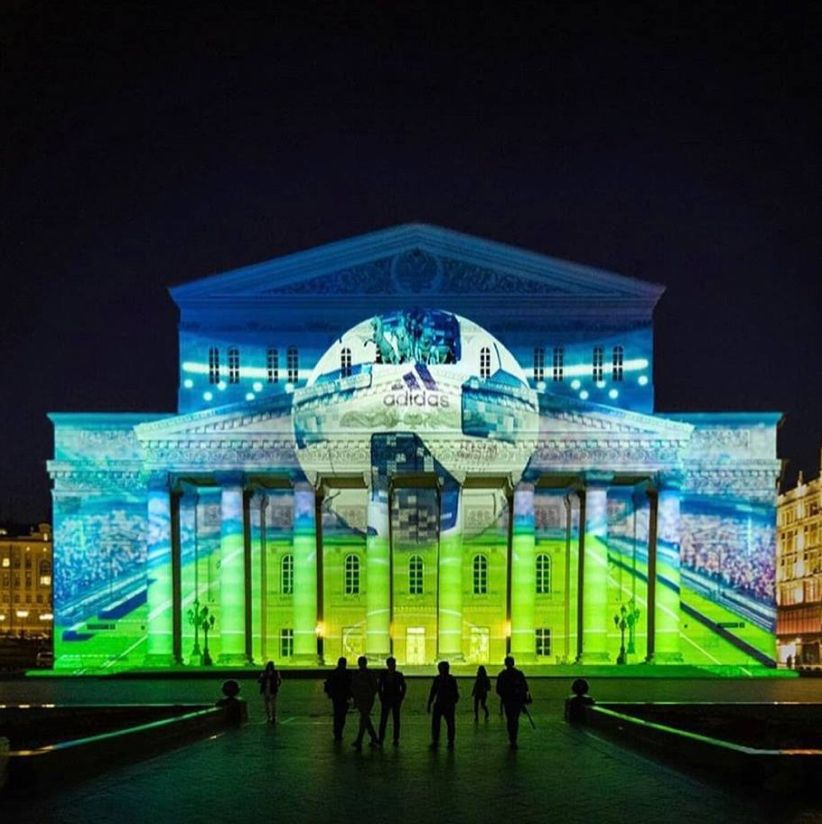 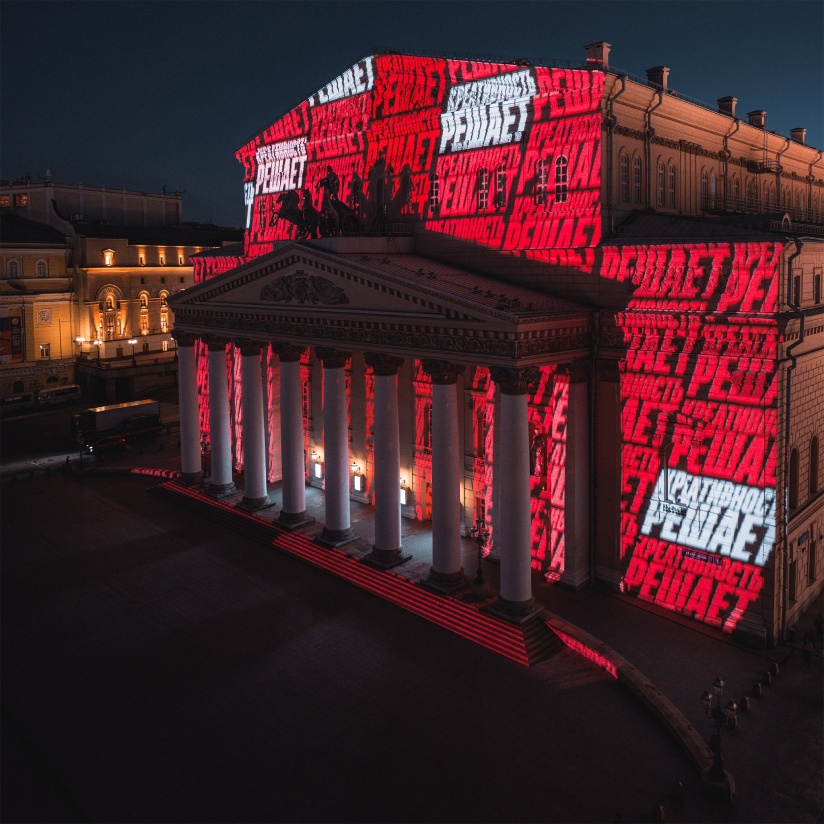 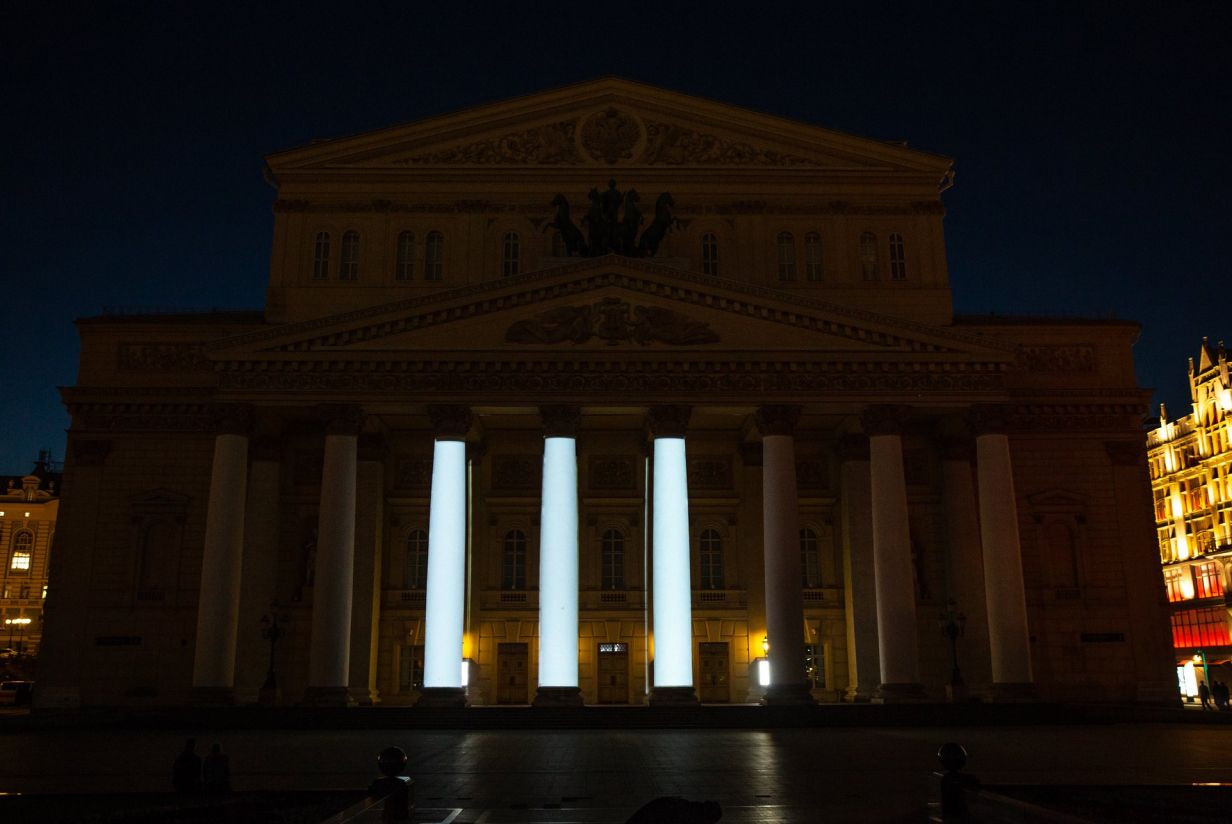 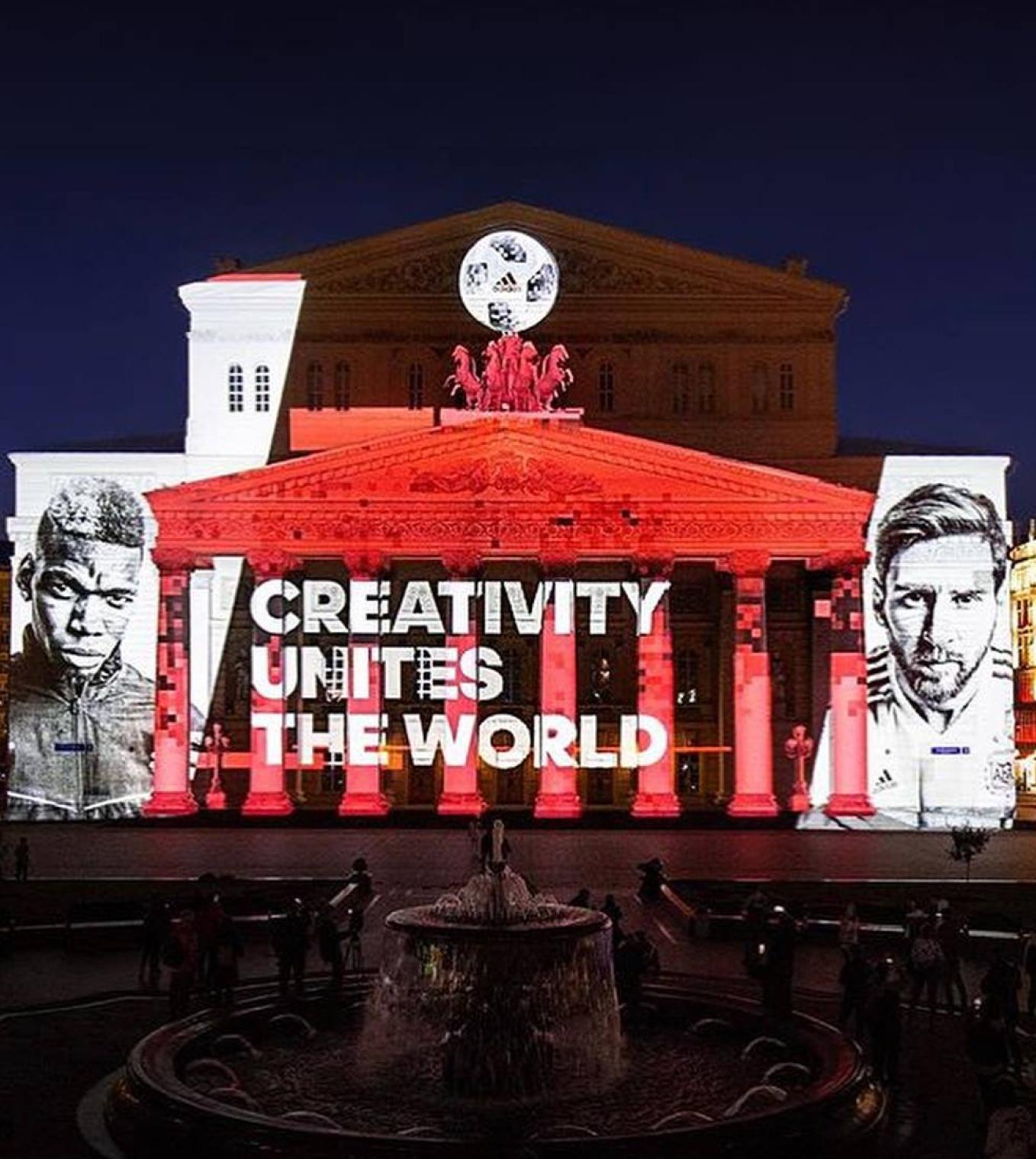 Where do the tourists go first? Of course, everyone goes to the Red Square, but the Kremlin was almost always off limits throughout the FIFA World Cup. The second most popular venue is the Bolshoi Theater.
This is why a day prior to the championship’s opening night we did a 3D mapping of Bolshoi’s façade. Thousands of tourists saw our amazing show, and the best media outlets from around the world reported on this campaign. 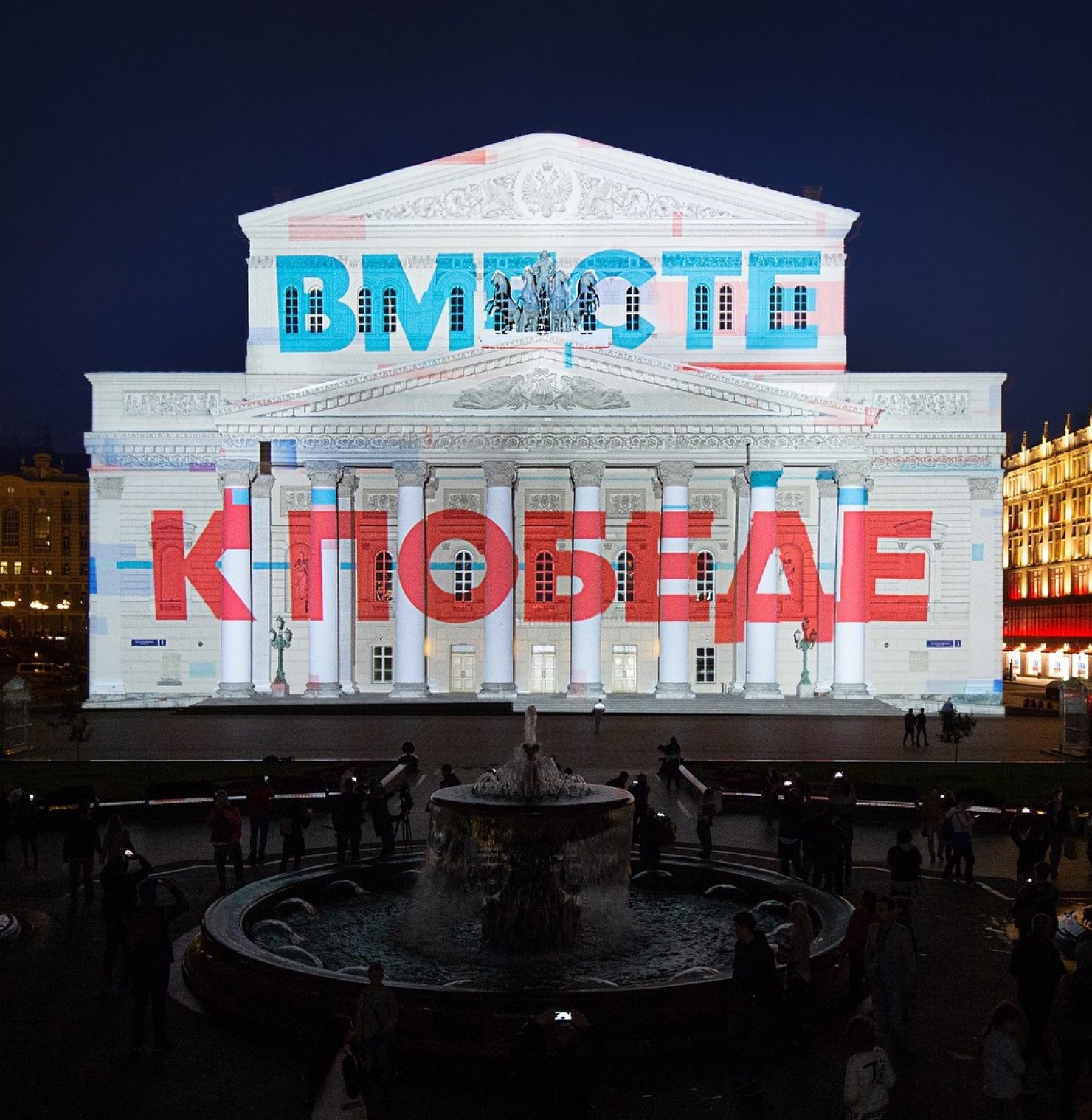 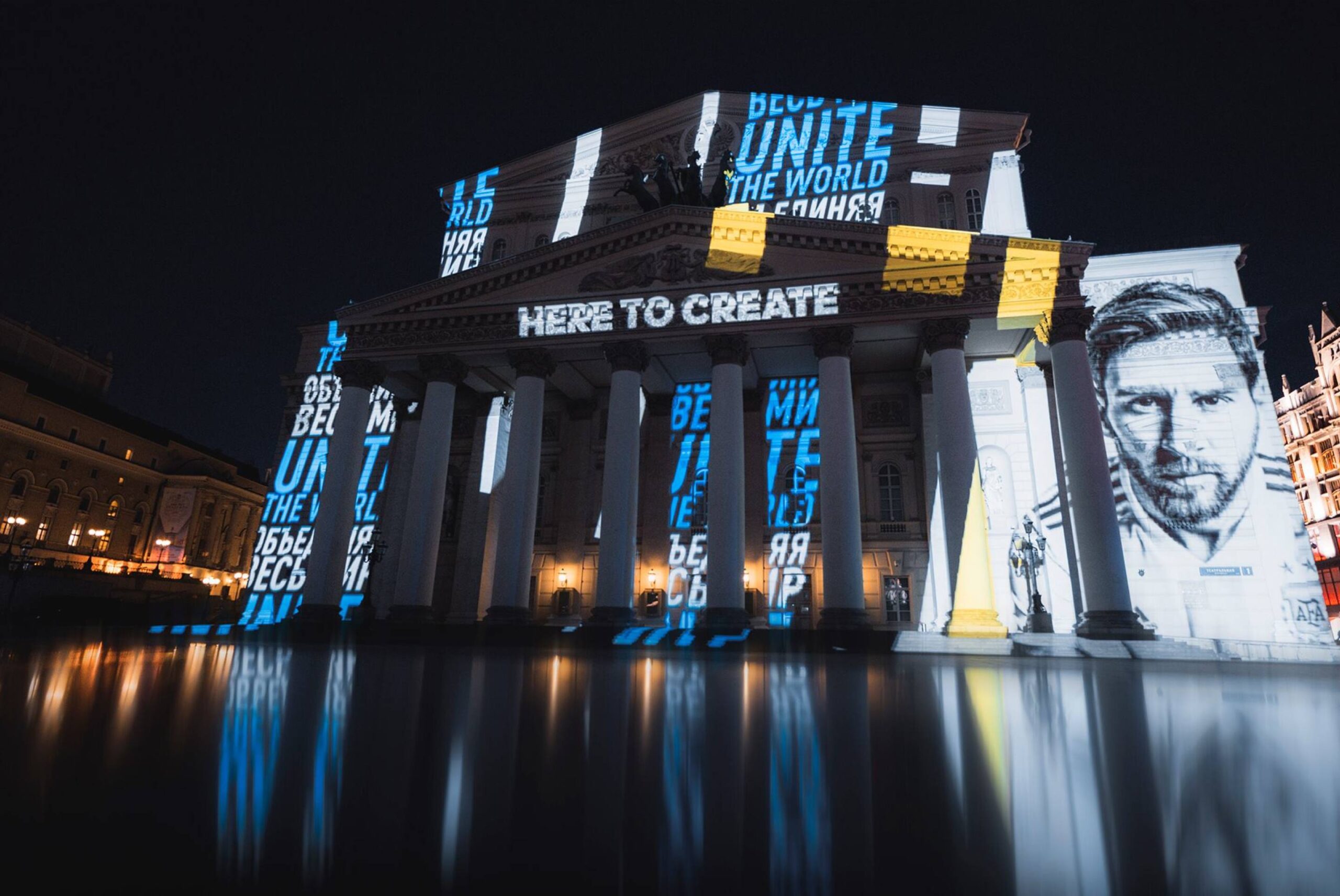 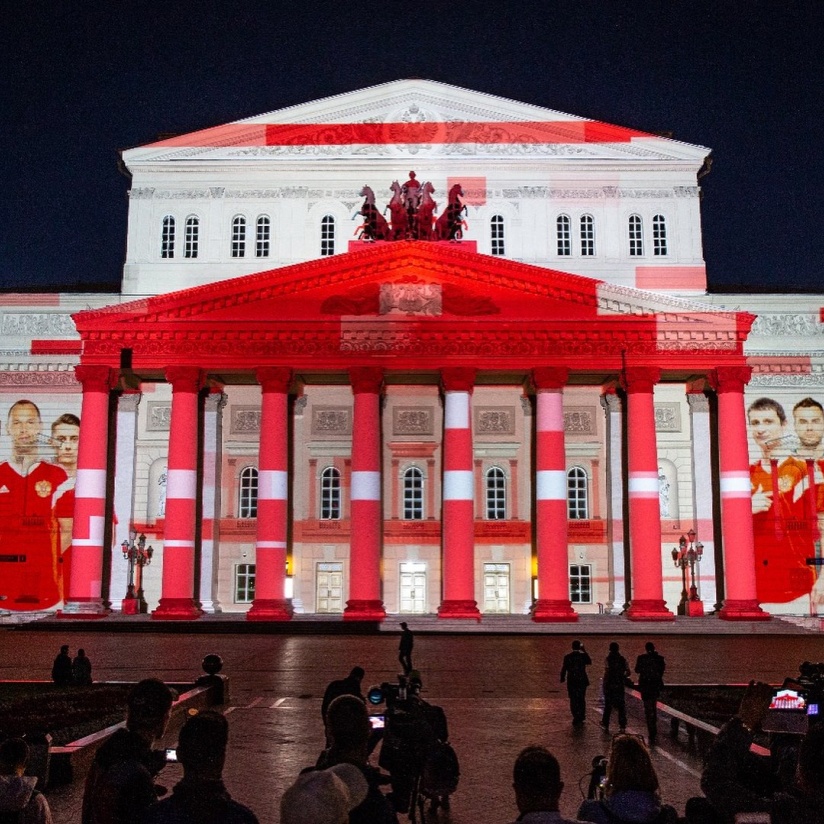 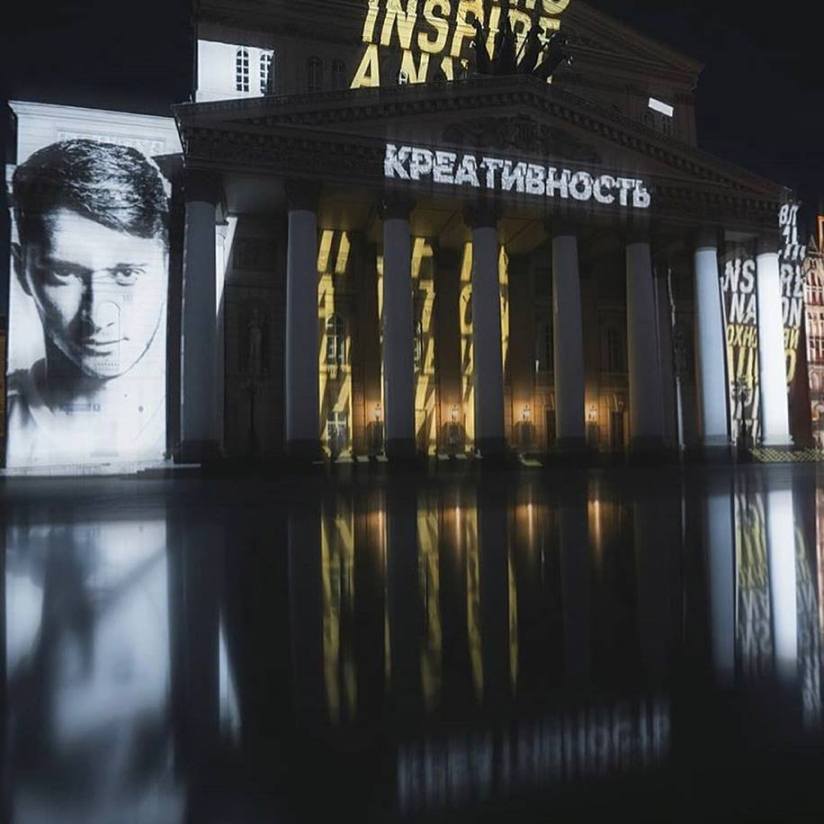 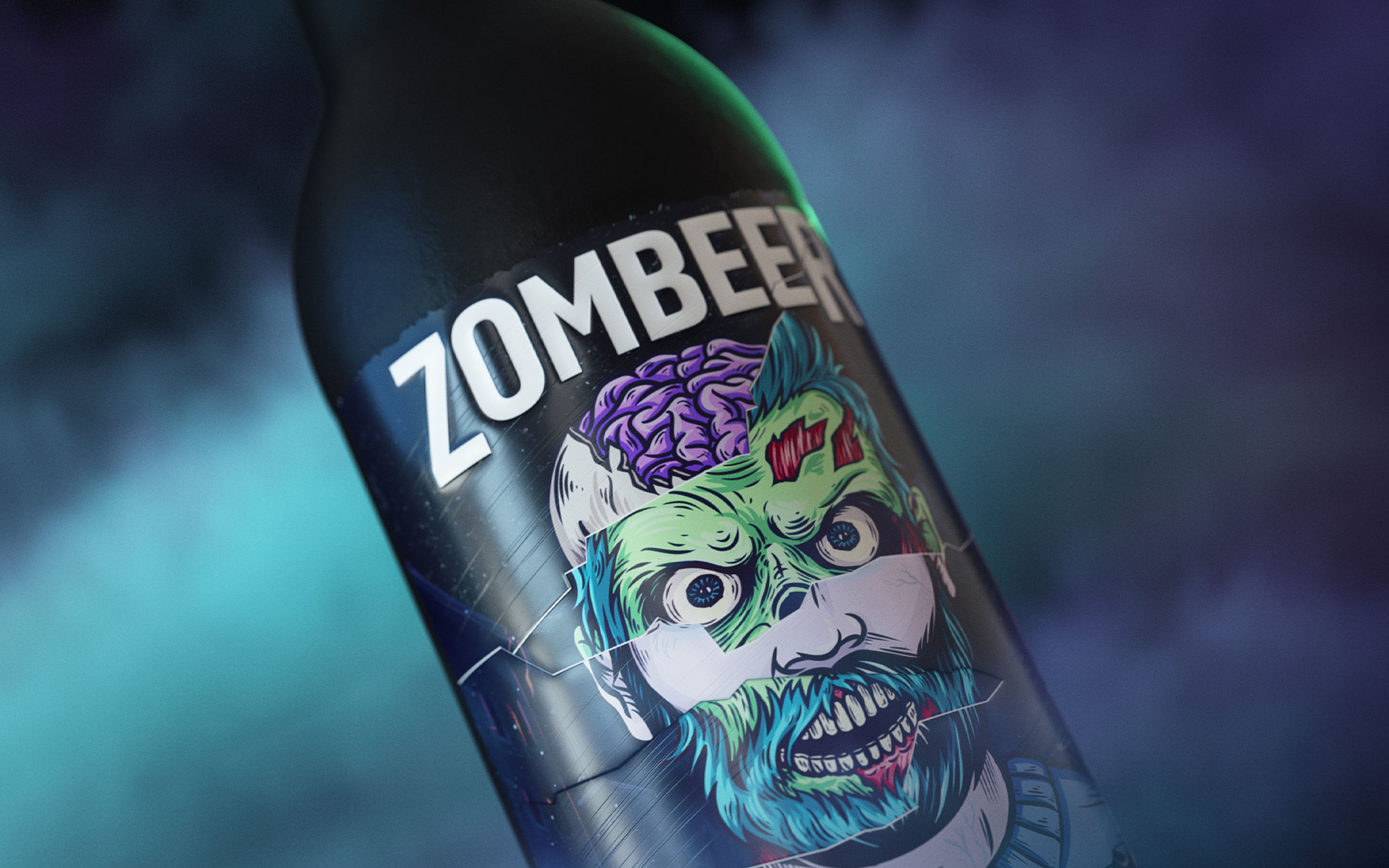